With great pleasure, today we’d like to announce our new plugin for CompuTec ProcessForce – Batch Traceability 360. The plugin uses CompuTec AppEngine to connect to the SAP Business One database and then provides you with an incredibly comprehensive summary of pretty much every kind of batch related data that you can imagine.

This is a big step forward for inventory traceability, particularly for regulated industries with very demanding traceability needs. The Batch Traceability plugin gives you a detailed overview of the following aspects of each batch including graphical statistics and links to relevant SAP Business One and CompuTec ProcessForce documents: 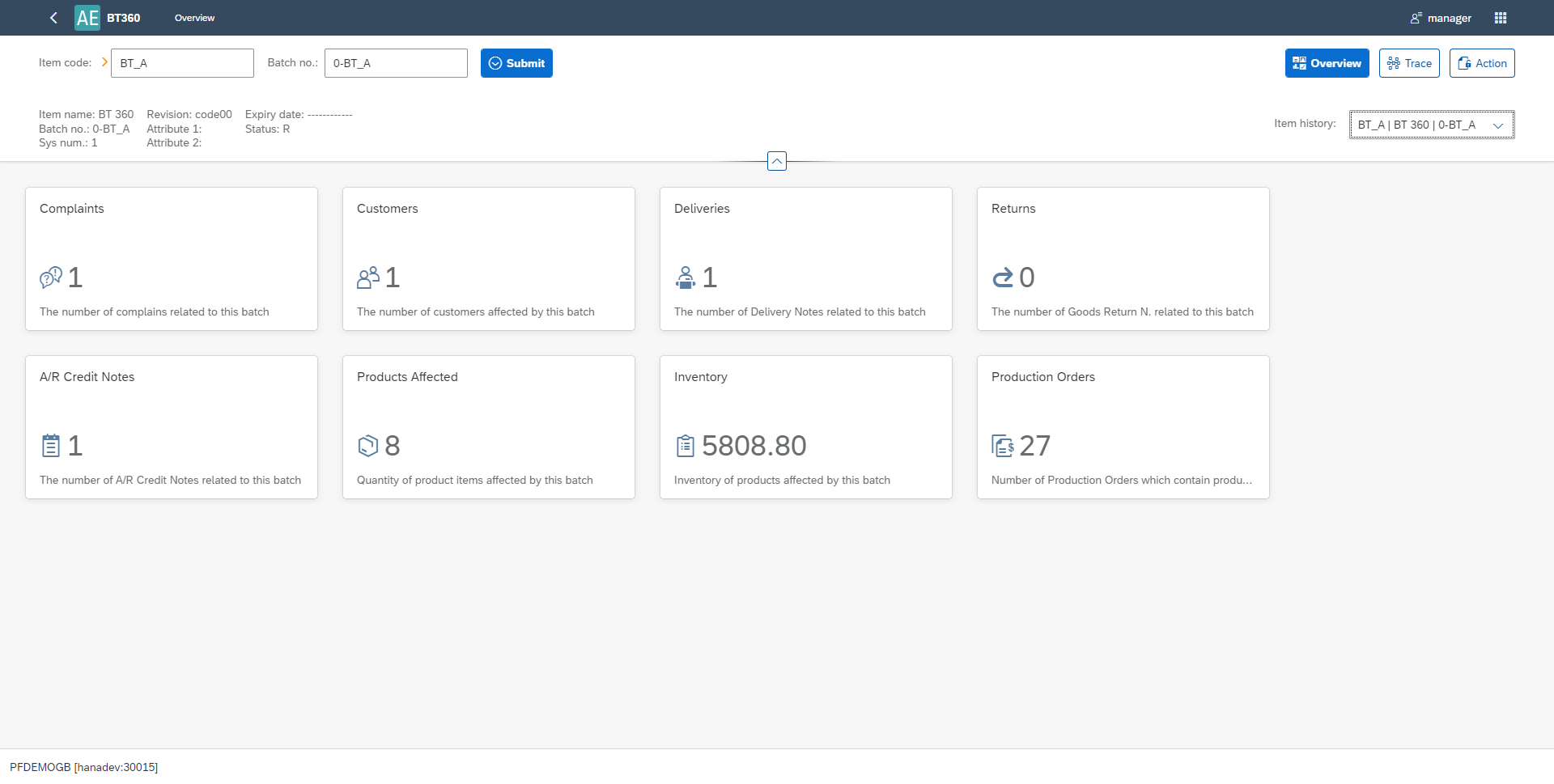 There is also an interactive traceability graph which includes the following:

We’ve got a screenshot here but we really recommend you watch the video at the end of this blog post to gain a proper understanding of how the graph works. Because of the visualization’s interactive nature, an image is not the best medium to demonstrate its capabilities. 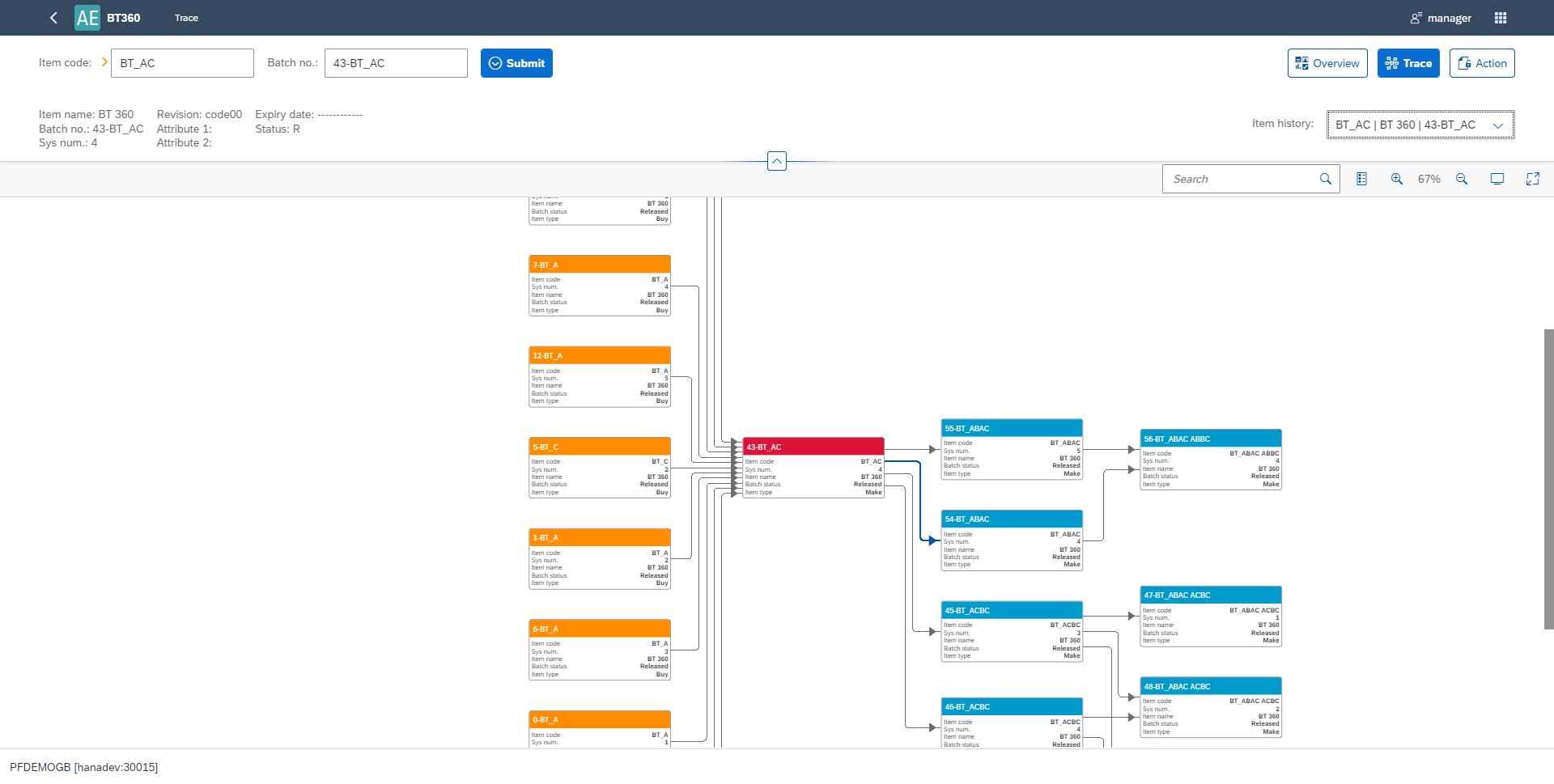 There is also the ability to update the status of one batch or multiple batches simultaneously. This change will be instantly reflected in the SAP Business One database. So if you have a contaminated or defective batch, you can stop that batch, along with any component or products made with the batch from being used in production or being sent out to your customers being sent out to customers in a couple of seconds. 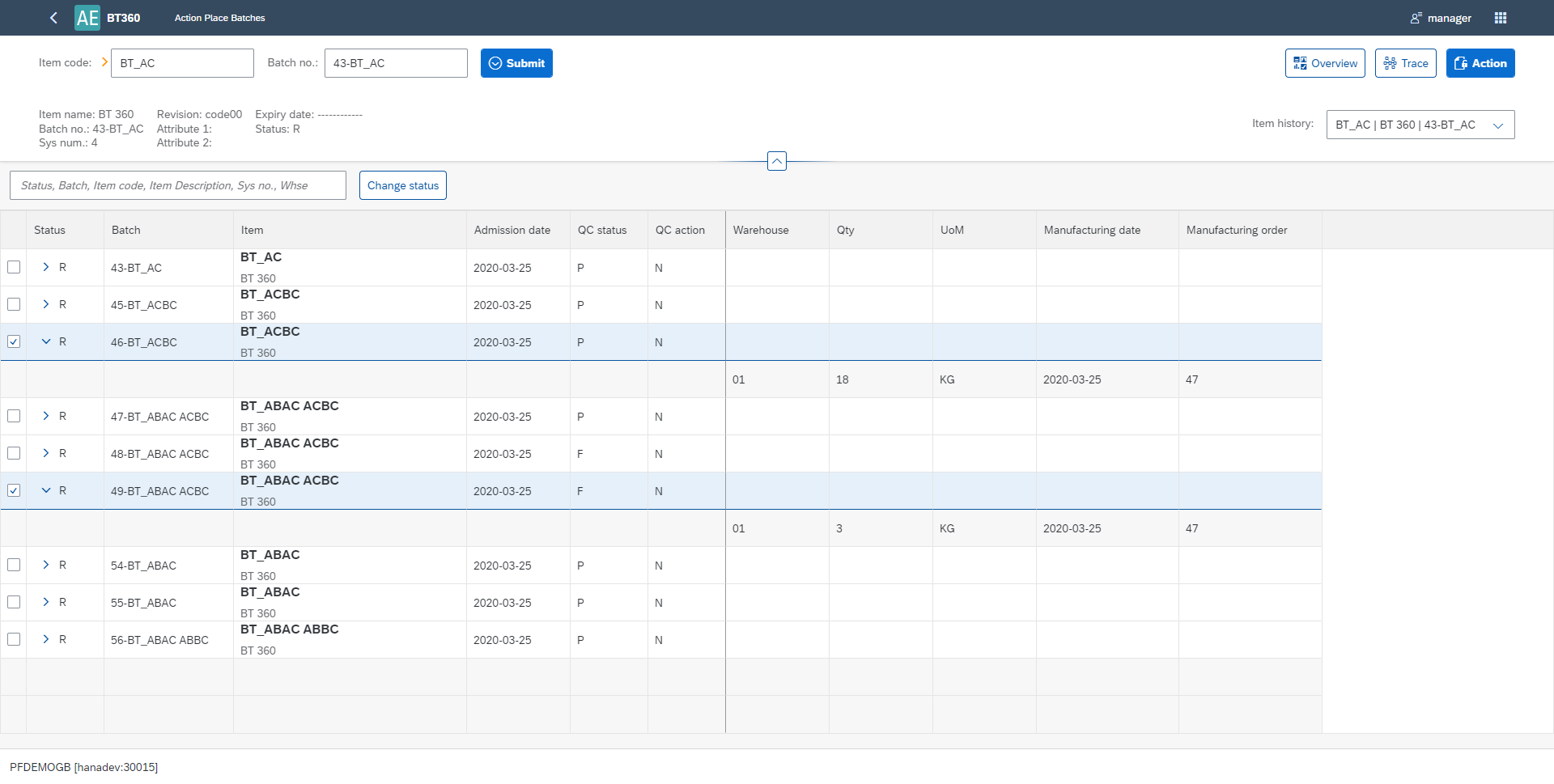 As we already mentioned, the best way to understand Batch Traceability 360 is probably by watching this video demonstration which will take you through everything step-by-step. CompuTec partners with accounts for our portals can also read more about the plugin in our documentation.